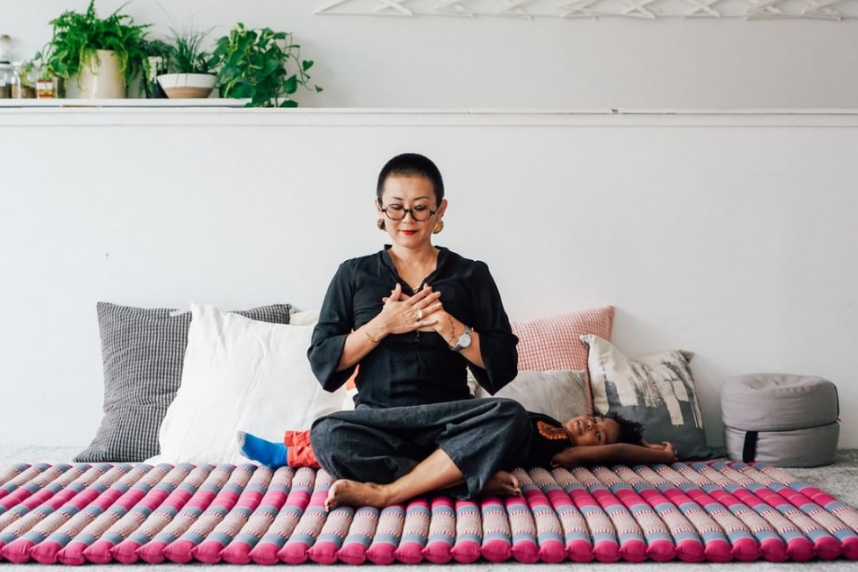 Aki Baker, one of the founders of Minka, sees healing as a method of activism. Photo: @omandthecity

Aki Hirata-Baker, an owner of Minka, wants to hear you scream. “We have been told we can’t be angry and we can’t say what we need to say. That’s an energy we need to tap into.” This is the first clue that this is not your typical GOOP-like wellness center. Sure, the space is light and airy; it’s full of crystals, herbs, and nice smells. There are caps for sale that say “Make America Magic Again.” You’ll need to slip off your shoes upon arrival and you may be offered tea. But, unlike most wellness spots today, you’ll also need to check your privilege at the door. 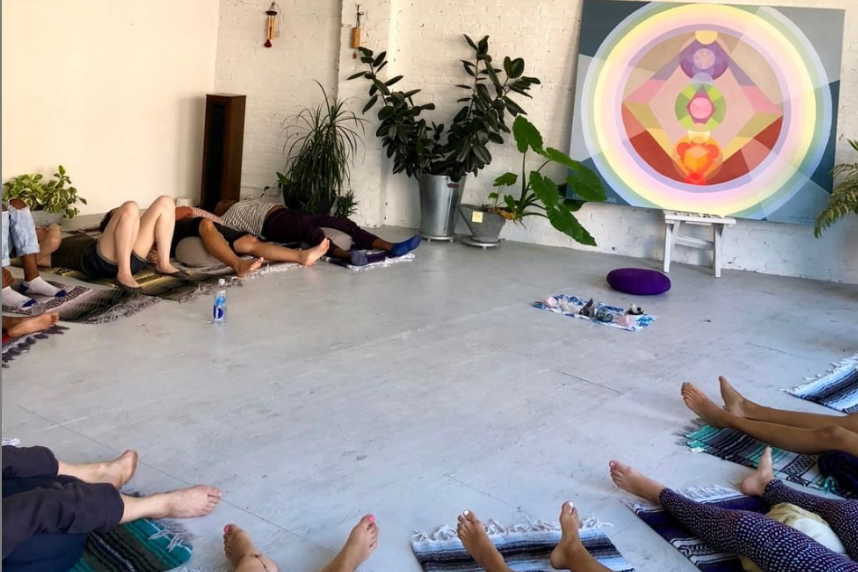 These warriors may look like they are resting, but this is actually a form of activism. Photo: @minkabrooklyn

The term “Minka” means “home of the people” in Japanese. When Aki Baker conceptualized this place (along with the other owners), this was the foundation. Part community center, part classroom, the space aims to arm its community with the weapons needed to fight patriarchy, white supremacy and social injustice. “We live in a world now that we all have to be our own activists,” says Baker. “We at Minka think when we heal our individual selves there is a rippling effect in a social sense, to the idea of making everybody their own activist.”  This work may at first seem at odds with wellness, but Baker makes a strong case with her thoughts about internalized racial superiority and inferiority being rooted in shame, fear, and ideas of scarcity. “In order for us to tackle those issues, healing is actually the most important part.” Here, healing yourself is the pivotal step towards societal change. When practitioners come to teach here, Baker is clear with them that they won’t be teaching a normal flow yoga class. “When people come and say they want to practice, I have to say, this activism is the practice that we do,” says Baker. “You can’t come here expecting to just talk about breaking up with the boyfriend, right? I mean, yes, we talk about that, but also why does this mean so much to you that you can’t function? Where’s that coming from?” The short answer: “Everything just does come down to anti-racism and patriarchy. If we can dismantle our own prejudices, then our practice changes.” 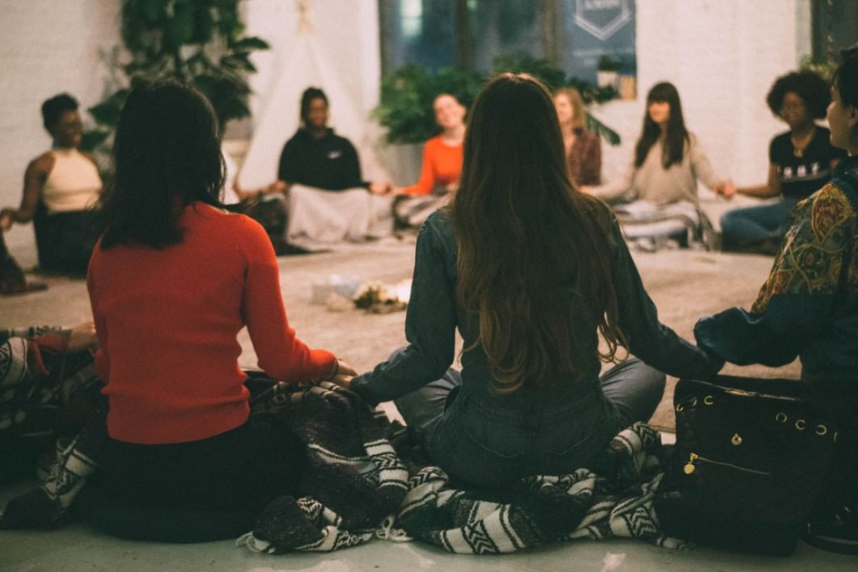 The class offerings range from meditation, reiki, acupuncture, healing circles, to so much more. Photo: @minkabrooklyn

As an Asian cis-woman, Baker puts a lot of thought in making the space feel safe for people of all races and sexual orientations. She’s the first to say that she has made mistakes (“the pressure of not making mistake also is another form of patriarchy”), but wants her space to be open enough for discussions and real learning to happen around these issues. “I’m not above anything, but all I know is that this is something we have to do because the world is going crazy,” says Baker. 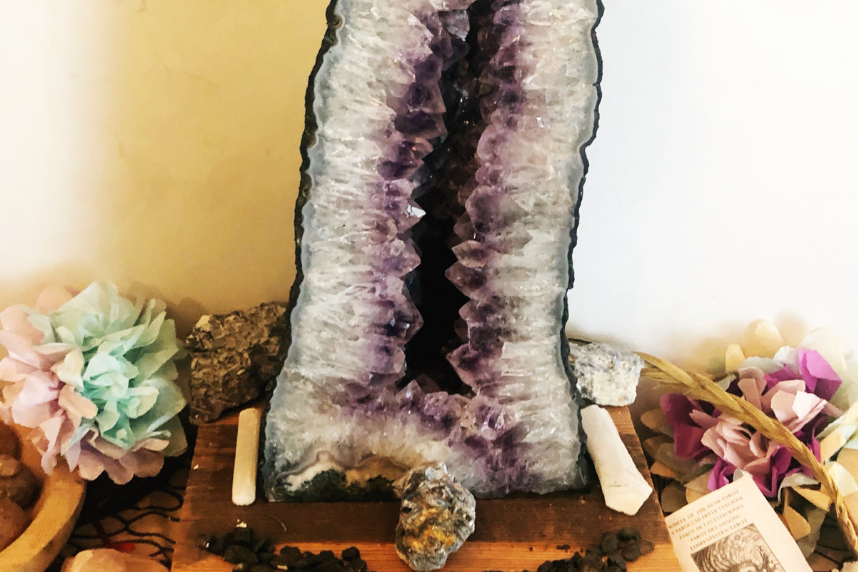 Growing up, Baker was sick for months at a time, and even missed a third of a school year due to illness. She battled allergies, depression, bronchitis, you name it. Western medicine wasn’t able to help with her long term health, so as an adult, Baker started researching alternative healing. Acupuncture helped, as did flower essence therapy, which led to studying tarot and reiki. During this time she had three children with her husband and worked in the area of food justice.

In 2014, she (along with her husband and another friend) decided to open a co-working space called The Compound in Prospect- Leffert Gardens. “Our aim really was to have a place where people can get a lot of needs met, meaning a movement center, workspace, and spiritual class. That was originally a plan,” says Baker. The upstairs space was never rented and so, in 2016, they opened Minka. “I’m a Cancer,” Baker says, “so making a home everywhere I go is my thing. My knack is to make people feel comfortable in the space.” This seems to be true, as during my visit early on a weekday morning there were already people reading books, mixing herbs and socializing. That number grows to up to 40 during class times. 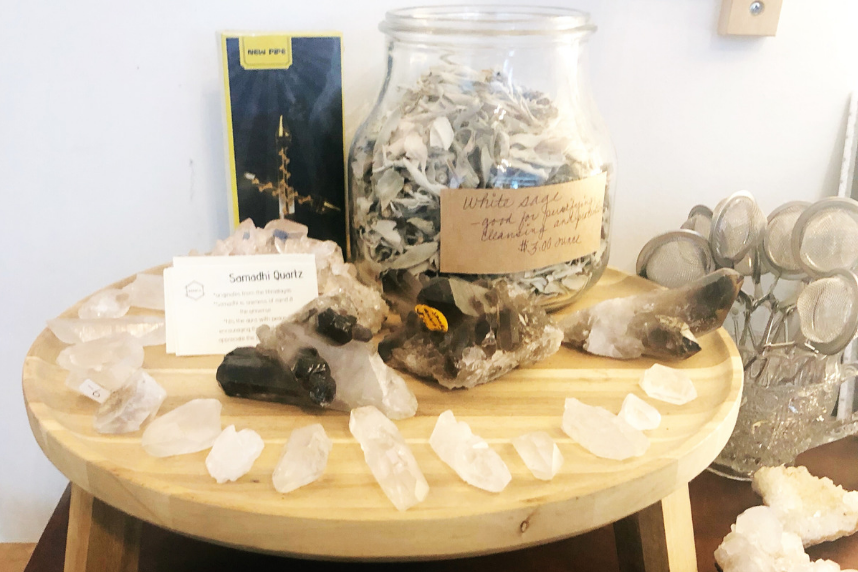 Minka’s calendar of events and classes is packed with interesting offerings. There are acupuncture, reiki and meditation classes. But there are also workshops on herbalism, tarot and astrology. There is a monthly Cosmic Moon Magic circle that Baker runs with two other practitioners that “honors what supports us. Our society is so focused on the deficits—what we don’t have—that we forget how much we have.”  There are classes about chakras and dreams. There are also healing circles, parenting circles, and sexual trauma healing circles. There are community acupuncture and reiki services that happen on a sliding scale in a large room where the practitioner can see more than one person at a time. In July, there will be a psychic mediumship weekend workshop, where you’ll learn to trust your hunches and rely more on your own instinct. All of these classes are geared towards anyone who needs the healing—anyone from wellness newbie to wellness junkie could find a class that calls to them.

“Minka serves any person who would like to shed the old skin to rediscover what’s underneath,” says Baker. “If we get a cut, we heal. We are made perfect. That perfect might not be what they say in Vogue magazine. That perfect is when we are happy on the inside, and we need to get back to that.” 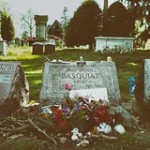 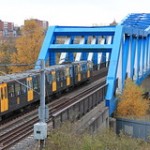 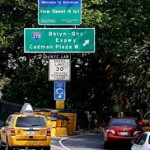