Some of that could go toward homeless services, rental aid, and youth programs.

At a City Council hearing in late May, Gwen Carr, the mother of Eric Garner, urged for sweeping cuts to the proposed budget for the New York City Police Department.

“No one knows better than me that when you prioritize, fund, and shield the NYPD—instead of investing in our communities—the impact is devastating for black and Latinx communities,” she said. “In the most extreme cases, the impact is deadly. For me and my family, it means that Eric is gone forever.”

Just four days later, on May 25, George Floyd, repeatedly pleading “I can’t breathe”—the same final words as Carr’s son—died in Minneapolis at the hands of a white police officer.

Floyd’s on-camera death is roiling the U.S. with ongoing protests against police brutality, and has become the latest demonstration that reform efforts over the last half-decade have largely failed to stop racist policing and killings. Now, a movement to defund law enforcement—and invest those dollars into communities most impacted by police violence—is gaining momentum. In New York City, drawing money from the NYPD’s $6 billion budget could ramp up homeless services, stave off cuts to youth programming, and fund additional rental assistance.

Those calls have resonated over the last week as thousands across the boroughs marched to end police brutality only for many to experience such violence themselves: Peaceful protesters were kettled for hours on the Manhattan Bridge, bludgeoned with batons, had their eyes burned with pepper spray, and some were slammed into by NYPD SUVs.

Journalists covering the unrest have been obstructed and abused, and some essential workers have been arrested during the city’s weeklong curfew, despite being exempt from the nightly 8 p.m. mandate.

In the midst of ongoing protests, community advocates and elected officials have not just called on the city to siphon cash from the NYPD but to reallocate those funds to homeless services, rental aid, and other programs to aid communities in their pandemic recovery.

“We know that the city has a history of prioritizing police funding over community needs,” said Manhattan City Council member Carlina Rivera during a press conference this week. “It is absolutely shameful that in the wake of all of these protests, our mayor still claims the notion that the NYPD’s massive budget doesn’t play a huge role in the inequities and racism we see in this city.”

The city’s proposed budget for fiscal year 2021—which is set to be implemented in July pending approval from the City Council—includes a whopping $2 billion in cuts across multiple agencies, including education, housing, parks, health and social services, and the NYPD. The cuts are being made in response to an expected $9.5 billion dip in tax revenue owing to the pandemic. Cuts to the police department, meanwhile, amount to 0.3 percent.

“We cannot police our way out of a health pandemic. Instead, this city and our elected officials need to double down on equitably investing in the social services,” said Lurie Daniel Favors, the executive director and general counsel of the Center for Law and Social Justice.

On top of barely feeling budget cuts, NYPD spending has majorly increased in recent years. Between fiscal years 2014 and 2019, NYPD spending increased 22 percent, according to New York City comptroller Scott Stringer. Total spending on the NYPD during that five-year period was disproportionately high compared to other agencies: $41.1 billion was spent on police and corrections while $9.9 billion was spent on homeless services and $6.8 billion on housing preservation and development. In fact, if you combined the city’s spending on homelessness and housing in recent years and quadrupled that sum, that figure still wouldn’t surpass what the city has spent on policing and corrections during the same period.

Even before the pandemic, and a spate of nationwide protests against police brutality, New York City was in the midst of an affordability and homelessness crisis. The coronavirus, which has largely impacted low-income communities of color, has now further exacerbated those issues.

“We know how this goes; we know that when America catches a cold, the rest of us catch pneumonia,” said Anthonine Pierre, deputy director of the Brooklyn Movement Center, part of Communities United for Police Reform (CUPR), during a recent press conference.

Now, elected officials, including Public Advocate Jumaane Williams along with current and former de Blasio administration staffers, are calling on the mayor to reduce the NYPD’s proposed budget by $1.1 billion—what would amount to a 16 percent cut—and use those funds to invest in housing, education, social services, and combating homelessness.

The mayor has, so far, shot down those calls and says budget cuts will be pervasive unless a massive federal stimulus bill is passed in Washington. “For folks who say ‘defund the police,’ I would say that is not the way forward. At some point in our history, we may be in a very different situation,” Mayor de Blasio told reporters recently. “I do not believe it is a good idea to reduce the budget of the agency that is here to keep us safe and the agency that is instituting neighborhood policing.”

Advocates argue that the city could reduce the NYPD’s budget by implementing a hiring freeze and cutting police involvement in homeless outreach (like the subway diversion program), public schools, and mental-health response—efforts that could both save money while reducing overpolicing and headcount as well.

“The amount of money that we’re spending policing people who live on the streets, who live on the subways, is ridiculous if you look at how much impact we can make if we invested that money in housing for those people,” says Josh Dean, executive director of Human.nyc.

But the deep cuts de Blasio has planned, a chunk of which will come out of the city’s capital budget, threaten to slow the creation of affordable housing. The city’s expense budget, which covers day-to-day costs like NYPD operations, and the capital budget are essentially two separate pots of money with different funding streams. Even if the city moved forward with defunding NYPD, officials wouldn’t be able to simply move funds from the expense budget to beef up the creation of affordable housing, but cuts to the capital budget for the coming fiscal years are telling about the broader priorities of the de Blasio administration going forward.

Case in point: Some 40 percent of the Department of Housing Preservation and Development’s capital funds for affordable and supportive housing projects would be deferred to later fiscal years, a move that elected officials and advocates say would delay the financing of 20,000 new and preserved affordable homes.

Even if the city reduces the NYPD’s budget, it’s low-income and non-white New Yorkers, who have already suffered disproportionally from the pandemic, who will feel these HPD capital cuts the most. But money drawn from the NYPD could at least go toward HPD’s operating budget to manage emergency and supportive housing programs. Many tenants will face the prospect of homelessness once the state’s eviction moratorium expires in August, making affordable housing and supportive services more dire to help the most vulnerable recover from the economic fallout of COVID-19.

Barika Williams, the executive director at the Association for Neighborhood & Housing Development, argues that shortsighted cuts will lead to long-term consequences for minority neighborhoods unless the city steps up with additional funding.

“These cuts in many ways are the policy manifestation of what we talk about when we say the marginalization and disenfranchisement of black, brown, and immigrant communities,” says Williams. “This is how policy layers together and creates a set of policies that maintains the system of racism.” 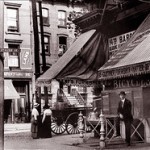 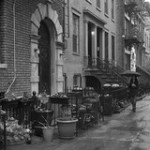 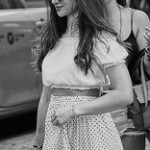