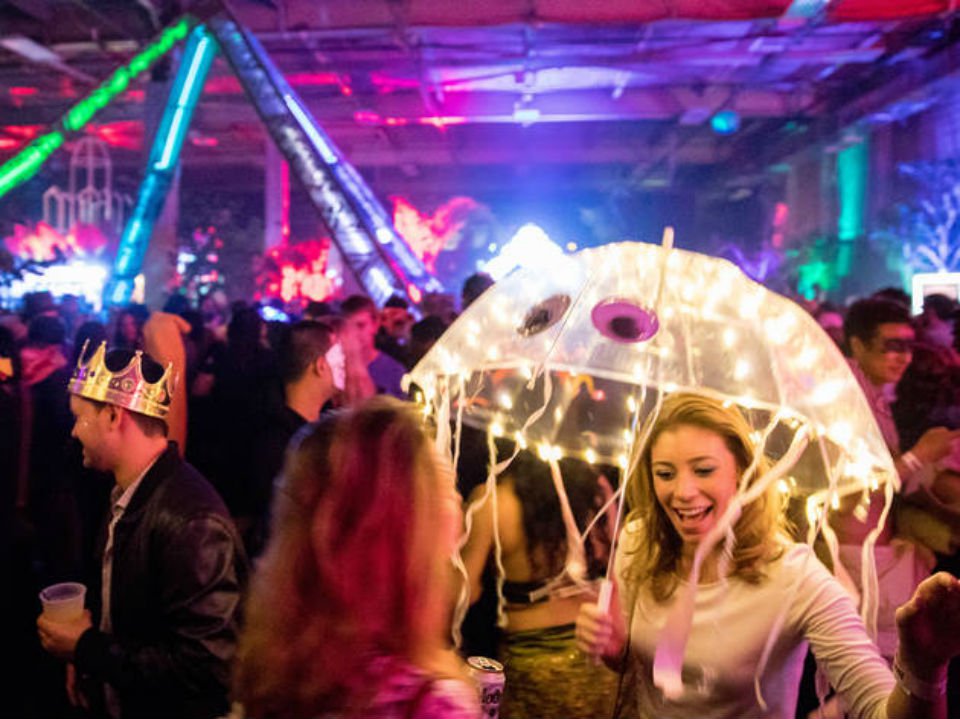 To experience the holidays in New York is to experience something truly magical. The stresses of big city life start to fade and make way for sweeter things – ice skating with friends, hot cocoa in the park, holiday markets and, albeit brief, a break from the workplace hustle. Hopefully you’re feeling refreshed while reading this. Not only because you deserve it, but because the celebration continues this week!

NYE is an NYC institution. I still have no idea how people pee while waiting for the ball drop. Seriously, how does that even work? I assume you think that ish is nonsense too. And seeing as how you’re cool enough to be reading this sleek, Brooklyn-centric blog, then I also assume you plan to throw down for the holiday. Whether you dig intimate clubs or full scale festivals, there’s plenty of ways for you to ring in the new year.

Made Presents Deadbeats NYE @ Avant Gardner (Friday, December 28th) – Canadian dubstep duo, Zeds Dead, leads the charge at this bass-fueled bash, backed by artists from their signature Deadbeats label. Avant Gardner will become a playground for wub lovers when GG Magree and Boogie T drop it hard. The brothers of Hippie Sabotage will also be on hand to add some variety to the mix with their unique live trap meets psych rock stylings. It’s been a big year for Zeds Dead following the release of mega collaborations with Snails and Redman & Jayceeoh. Show some love by getting rowdy. Get tickets HERE.

Made Presents RL Grime @ Avant Gardner (Saturday, December 29th) – Trap’s MVP aims to rattle in the new year with some help from rising stars K?d, Kittens and Boombox Cartel. RL Grime has proven himself prolific by dropping hit after hit. This year brought us his sophomore LP, ‘Nova’, a delightful mesh of melodic and hard-hitting beats that are signature of the bass virtuoso. The exciting release reveals he’s flirting with d&b and other exciting techniques. We can’t wait to see what he drops this Saturday. Get tickets HERE.

John Digweed @ Output (Monday, December 31st) – NYE will bring a bittersweet ending to operations at our favorite Williamsburg club, Output. Just last week, the owners announced they would be closing shop while they were still at the top of their game, ending a five-year legacy as one of the hottest late night hangs in the world. They’ll continue their ongoing tradition of hosting house and techno visionary John Digweed and Tara Brooks in the main room, while the residents of Risky Business bid farewell to the Panther Room once and for all. PS – bring tissues. Get tickets HERE.

Claptone @ Schimanski NYC (Monday, December 31st) – The masked majestic brings his groovy house hits to North 11th St. Always one to throw down, his NYE sets are best experienced in masquerade-inspired costumes, so think creatively and then hurry up because this one is likely to sell out quick. Get tickets HERE.

The Cityfox Odyssey: NYE and NYD (Monday, December 31st – Tuesday, January 1st) – The Cityfox Experience brings their 27-hour marathon festival back to Avant Gardner, and this year’s roster boasts top tier names like Jamie Jones, Lee Burridge, Honey Dijon, Patrice Baumel and many more. Party through til morning, or beat the NYE crowd and opt for a post-brunch outing instead. Rest easy, as there are no wrong moves when it comes to this selection. Get tickets HERE.