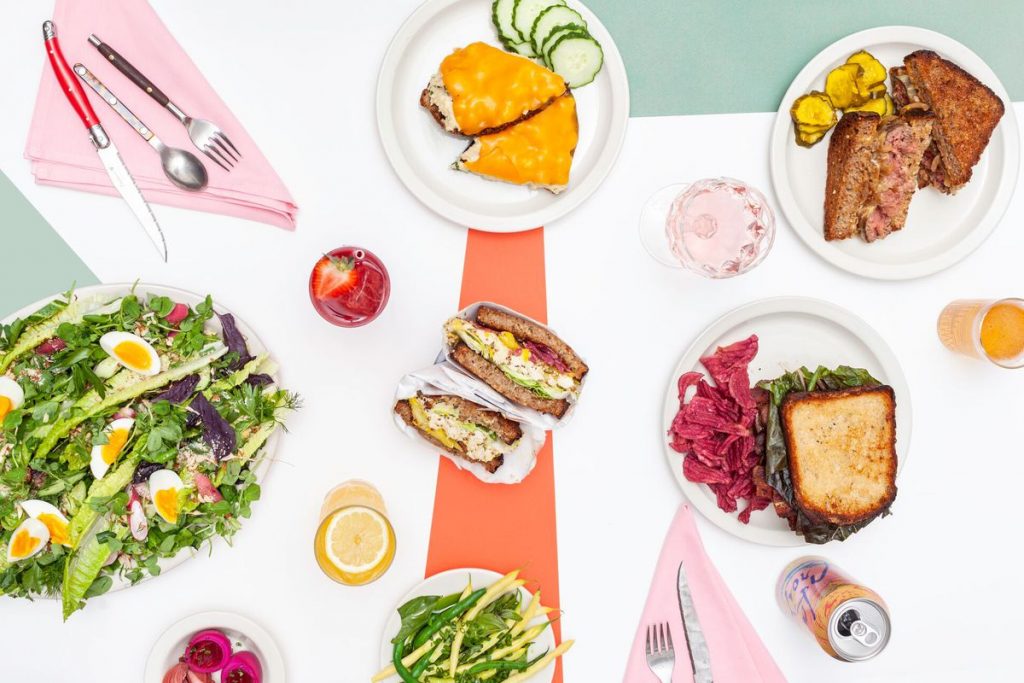 We’re definitely excited about this one. Gertie is a new restaurant from Nate Adler of Marlow & Sons fame. They’re officially open today for breakfast and lunch, with dinner coming soon! You can check out there breakfast and lunch menu at gertie.nyc.

For the project, Adler — a partner at standout East Village neighborhood Basque restaurant Huertas — has partnered with general manager Flip Biddelman and a chef who already has tons of neighborhood cred, Will Edwards, who used to work at Williamsburg stand-bys Reynard, Marlow & Sons, and Diner. Like those restaurants, Gertie is supposed to be a casual local spot, offering a straightforward menu in a 70-seat space that also has an outdoor patio.

Only the luncheonette portion will open on Friday, operating from 8 a.m. to 4 p.m. and serving just breakfast and lunch. Once a liquor license in, the restaurant will be be an all-day affair, serving a rotisserie oven-focused menu of spit-roasted meats, fish, and vegetables.

Breakfast, served until 4 p.m., includes a bialy with smoked salmon, cream cheese, and pickled beets, as well as an obligatory egg and cheese breakfast sandwich. An afternoon menu is starting at 11 a.m. and features six different sandwiches, including a classic deli variation with rotisserie meats, provolone, and Italian dressing on a challah roll.

We can’t wait to wake up with you! ☕️

The rumors are true, we’ve got gas. Therefore, your new favorite Reuben is all the more closer to your lips. #krautlove #specialsauce @jake_lindeman