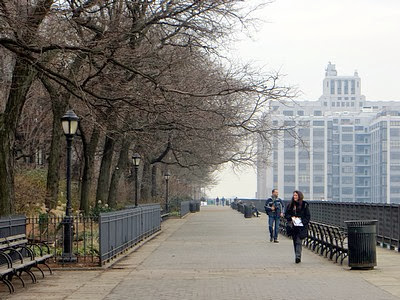 At a recent meeting with Poplar Street residents, the city Department of Transportation’s representative, Tanvi Pandya, made it clear that DOT isn’t giving an inch in its desire to effectively destroy our neighborhood by demolishing the Promenade for a minimum of six years (good luck with meeting that timetable) and putting a six lane highway in its place. A Heights resident has responded by sending this letter to City Council Speaker Corey Johnson:

I am writing to you as I heard your impassioned speech at the Brooklyn Town Hall meeting at Plymouth Church and how you came out against the DOT plan to turn the Promenade into the BQE.

That being said, a meeting was held between the DOT led by Tanvi Pandya, Manager of the BQE plan for the DOT and residents of Poplar Street and here are some take-aways from the meeting you should be aware of:

1. The DOT remains committed to its Promenade Highway plan. Although at last September’s meeting the DOT itself proposed as alternatives its so-called “innovative” plan or the “traditional” method of reconstruction involving lane closures, they in fact seem to be set against anything other than a full bypass highway. (The BHA’s alternative “Parallel Highway” plan, for example, calls for employing the traditional method in short “choke-point” sections; it also appeared that BIG’s BQP Plan may call for the traditional method to be applied in areas from the Columbia Heights bridge to Sands Street.)

3. The DOT is undeterred by council members’ statements that its Promenade Highway plan will not get the required council approval. When asked why the DOT was still pushing the Promenade Highway and Brooklyn Bridge flyover given that: (i) the plan must go through the City’s ULURP process, which requires city council approval, and (ii) City Council Speaker Corey Johnson said at the Town Hall meeting that the plan would not be approved, Tanvi responded that the DOT would not be guided or limited by what a political leader said in a meeting.

This is highly disturbing and I feel as a concerned resident that response should be made as well as the DOT’s uncompromising stance be made public. Please let me know what actions you and your office will be taking.

We understand similar letters have been sent to City Comptroller Scott Stringer and other elected officials.