I was in the parade which feels like many more than ten days ago. Not in the parade in the teen aged sense of the days when I’d hope the barricade and join the mostly other non participant paraders, but in a more age mature stroll with my niece and nephew down the parkway lanes, enjoy the people watching and food scents.

From my point of view, having walked back and forth from Franklin to Nostrand and back, as well as taking the train out to Utica Av, (with the exception of a lack of information dolled out to the rank and file officers on where crowds could permissibly cross streets) the parade was a grand success.

I have lots of pics (Senator Chuck Schumer was hilarious with the bullhorn in my opinion) and I’ll put up a gallery soon, but I’ve settled on this shot from high above Franklin Av and Eastern Parkway. 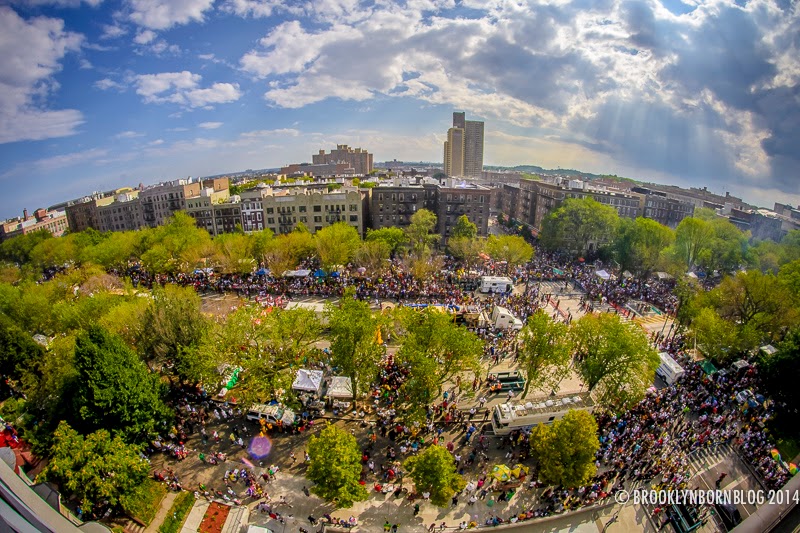