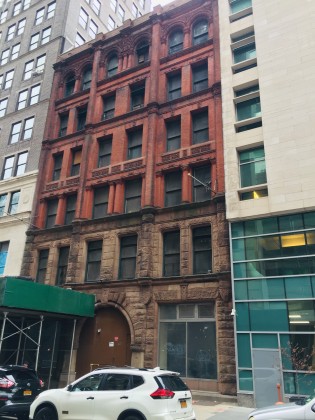 Lore Croghan reports in the Eagle that the Landmarks Preservation Commission has approved the design for the Remsen Manor Hotel, which will use as its base the historic Franklin Building at 186 Remsen Street (between Clinton and Court), including restoration of its top two stories, which were destroyed in a fire. There will be a six story addition in a modern style, set back 52 feet from the street facing wall. The LPC’s only condition was that the architects replace the almost white terra cotta panels on the facade of the addition with something that will look less institutional.