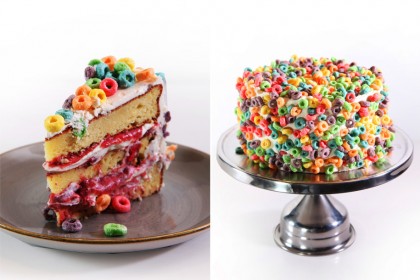 Eater reports the James Beard award winning pastry chef, Francois Payard has opened a cafe, Ebb & Flow at 12 Joralemon Street (across from Pier 5). “The Brooklyn Heights bakery serves grab-and-go pastries, including savory and sweet selections. These include sandwiches, salads, egg and cheese croissants, as well as a series of special layer cakes from Payard” along with coffee, tea and juices. Cake flavors include a white-chocolate strawberry cake topped with Fruit Loops. According to The Post, a cake made for the age of Instagram. YUM! Payard will also serve as Culinary Director to a larger dining experience at One°15 Brooklyn Marina.

NEW FOOD HALL GETS A TIME OUT:

The Brooklyn Daily Eagle reports the Time Out Food Market was shuttered by the health department on Wednesday, July 11th for multiple violations. The most egregious citation is improper cold food storage temperatures. A communal refrigerator where inspectors found the appliance to be 58 degrees instead of the federally mandated 41. As a result 14 of the 21 eateries were slapped with violations causing the complete closure of the market.  The food hall, which only opened on May 31st, remains closed. We will update the story as more information becomes available.

WE ALL SCREAM FOR ICE CREAM:
Ample Hills Creamery is up and running in the historic fire boat station formerly occupied by  Brooklyn Ice Cream Factory. The creamery, named for Walt Whitman’s “Crossing Fulton Ferry,” was chosen by the Brooklyn Bridge Park after an RFP process. Their Pier 5 location will close at the end of this summer season.
But what of Brooklyn Ice Cream Factory? 6sqft reports the shop has proposed a new stand made out of a shipping container.  “It would be located in the parking lot of a newly opened restaurant owned by Buzz O’Keeffe the former site of Urban Classics Auto Repair. O’Keeffe is part owner of the Brooklyn Ice Cream Factory alongside Mark Thompson, as well as the River Cafe, which he opened nearby in 1977.” As the location resides in the historic Dumbo district, the plan is subject to approval by the Landmarks Preservation Committee.
Cake Photo: Ebb & Flow via NY Post