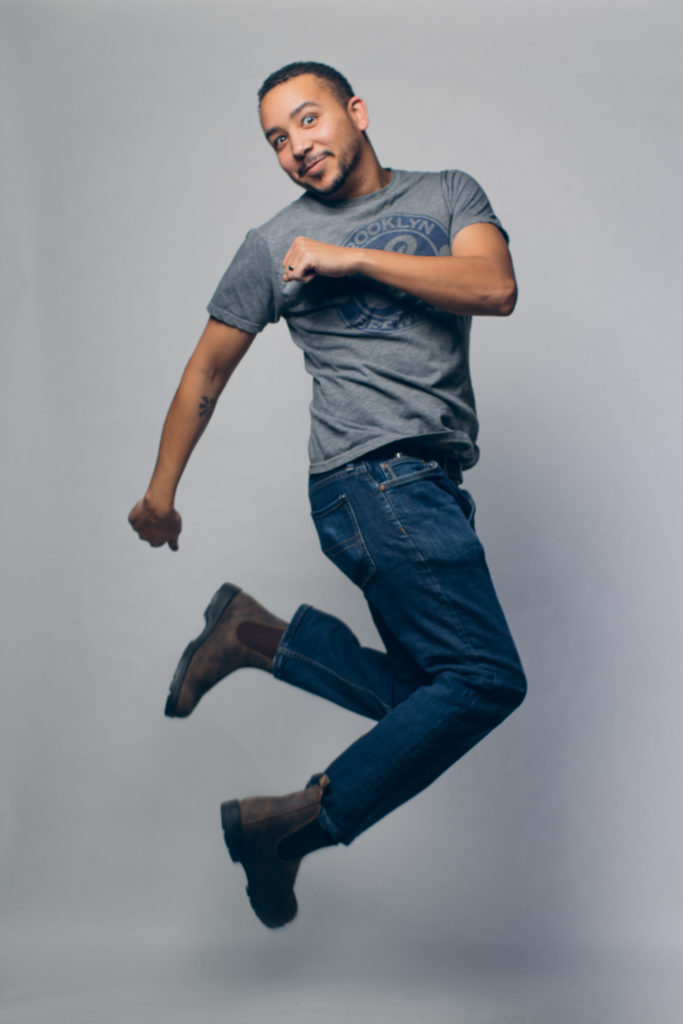 Editor’s Note: That clean-heeled fellow above is Chris PeÃ±a, also known as Peanut or Pnut. After several years of working for us in Texas and Brooklyn, he’s leaving us to return to Austin and, in his words, “raise free-range kids.” We’re not sure how legal that is, but we knew that we had to get some pro tips out of him before he left. Check out his guide to living a Texan’s life in our native borough below.

Hello there! Chris â€œPnutâ€� PeÃ±a here. Native Texan, beer enthusiast and former Programming and Partnerships Manager at The Brooklyn Brewery. Iâ€™ve spent the last few years living in NYC with my wife and two kids, but I come from a very special place in central Texas called Austin. Once a quaint little town with a bustling music scene, it is now the bachelor party capital of the world. But donâ€™t let that fool youâ€” there is a lot of pride that comes from being a Texan (as Iâ€™m sure someone else from Texas has already told you.) We take painstaking care in our BBQ and will, without fail, lock eyes and say â€œhelloâ€� in passing because itâ€™s common dang decency.

Five years ago I started working for Brooklyn Brewery as a sales rep, getting our beers into the hands of parched Texans. After a few years, and a couple of kiddos, I found myself in the big city taking a seat on the Marketing team at Brooklyn Brewery HQ. It turns out Texas is a little bit different from NYC. Needless to say it wasnâ€™t long before I was searching out some of the creature comforts my Texan blood craves. Luckily for New Yorkers, there are quite a few folks up here representing the Lone Star State pretty well. After a while I had a decent line up of places I could go to feel just a little bit closer to home.

Itâ€™s hard to be homesick for Texas in a place like Skinny Dennis. It’s a perfect caricature of a tiny central Texas dive bar complete with a solid line-up of talented country musicians. Hell, I even saw my friend from Austin, Carson McHone, tear it up in there once. The decor here is amazingly spot on. So much so that I felt insulted at first, but then I remembered thatâ€™s what some places actually look like and eventually it felt like I was back home.Â

Key Tip: Get a Texas Two Step – One long neck of Lone Star (keep the bottle cap), one whiskey. Shoot the whiskey, drink the beer.

BBQ seems like such low-hanging fruit when it comes to Texas, but itâ€™s a way of life. I grew up going with my family to South Side BBQ in Elgin, TX (just outside of Austin), or BBQing with friends, blasting music and letting the day slowly pass by. A lot of those memories push their way to the top when I take a bite of brisket at Fette Sao. They do everything right. Itâ€™s all about the dry rub for the brisket, and they crush it on the tangy BBQ beans. They know what BBQ is about and they are not messing around. Itâ€™s a bit on the pricey side, but if you want to experience the life changing effects of Texas BBQ brisket then look no further.Â

Honorable Mention: I hear trustworthy talk that Hometown BBQ is also incredible, I just havenâ€™t been able to make it over to them in Red Hook or Industry Cityâ€” they’re on the visit list!Â

I first discovered Los Hermanos by accident while working on an event. It was late afternoon and I was starving. Back in Texas itâ€™s never a big deal to find some cheap, delicious tacosâ€” everything you need to keep going but don’t break the bank. At this point I had been fooled by a few places around the city but my heart still believed in the fight. Talk about a two-fer: this place is first a tortilla factory, secondly a cantina and boy did they deliver. The tacos were amazing, and the quesadillas too! The portions were a little bigger than what Iâ€™m used to, but I am NOT complaining.

Pro Move: Pick up some fresh tortillas while you are there! Eat them fresh at home, or freeze them for future taco purposes.

After leaving Texas I thought my movie watching experience was never going to be the same. Alamo Drafthouse has been, since I was a kid, the best cinematic experience time and time again. From the hilarious pre-movie clips, to the delicious menu and full bar, itâ€™s consistently a damn good time. Iâ€™m pretty sure they also invented the Breakfast Club Cereal Quote Along, which is where a bunch of idiots like me sit around eating cereal and live quoting the movie as itâ€™s playing. Finding out they were building an Alamo Drafthouse in Brooklyn was like hearing that an old friend was moving to the city. They are even doing their part to â€œKeep it weirdâ€� in Brooklyn with a bar full of wax heads.

Regular Order: Wings, a pepperoni flatbread, and a Brooklyn Lager. (He’s a company kind of guy.)

These guys get their tortillas shipped FROM AUSTIN. Iâ€™ve heard of folks getting seafood shipped all around the country, but this is a new level of dedication that I am here for. The truth is, it does make a difference. One day NYC will open its eyes to the truth of breakfast tacos, and that is that they are the best on-the-go morning food item. Bagels rule, donâ€™t get me wrong, but they can be so big and unwieldy. They are definitely not as practical as breakfast tacos, and they are way harder to make! Luckily in the city where you can obtain pretty much anything you want (at any time,) these delicious replicas of breakfast tacos from Austin are on that list.

Plan Ahead: You’re going to want an extra taco. Don’t leave without one.

The post A Transplant’s Guide to Texas in Brooklyn appeared first on Brooklyn Brewery.