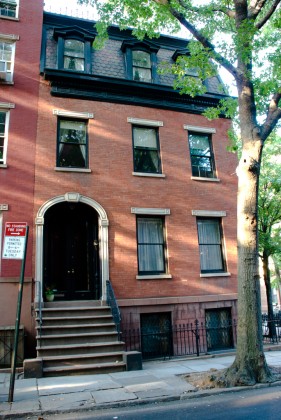 As reported by House Beautiful, 19 Cranberry Street, a.k.a. the “Moonstruck House” because it was the principal location for the 1987 romantic comedy Moonstruck, starring Cher and Nicholas Cage, is for sale with an asking price of $12.85 million. Our founder, John “Homer Fink” Loscalzo, noted here that the house was for sale in 2008 with an asking price of $3.95 million, down from an earlier ask of $5 million. Of course, 2008 was the year financial markets went south because of the mortgage loan market crisis.

Perhaps Cosmo’s Moon will inspire someone to buy.