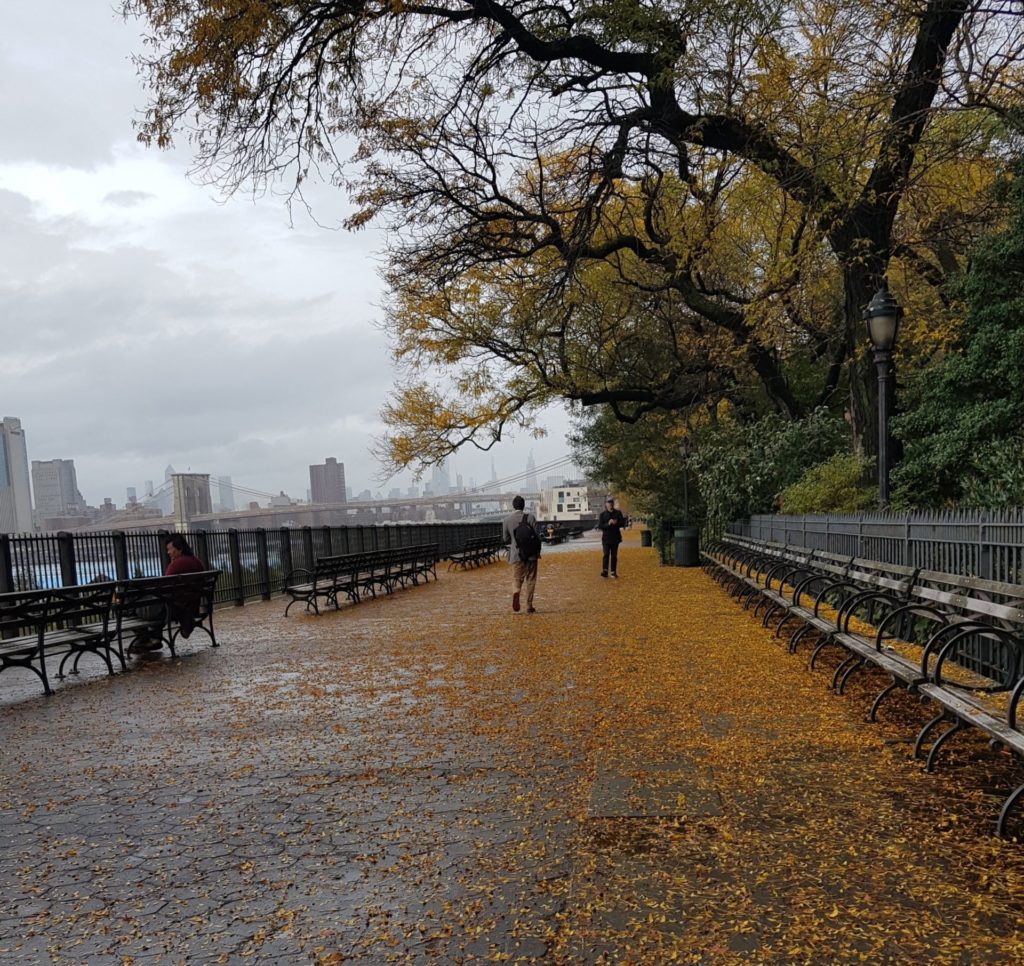 Leaf peeping is around the corner. Photo by Kirby Kizuki on Unsplash

Welcome to the first official weekend of fall, the best season available around these parts. Yes, it is getting dark distressingly early, but on the other hand we’re right at the precipice of leaf peeping/apple picking/hot cocoa/sweater weather times. In these trying times, that’s enough to get excited about, provided that I can actually find a pair of my jeans that still button over the fallout from a summer’s worth of beers and tacos and ice cream cones.

Whether or not you are in fact back in school this month, perhaps you feel a familiar, seasonal urge to take on a new project or dedicate time to learning something new. Someone I know recently decided to hire a matchmaker after reaching her breaking point on “the apps,” another friend is adopting a new dog this weekend, and I’ve suddenly got a major creative itch to scratch. Atlas Obscura’s online quilting class starting this week could be a fun diversion, or maybe I’ll learn how to make a Korean moon jar at this ceramics workshop at Pioneer Works. At the very least, I’ll probably mess around on my own time with this list of fall recipes from the New York Times, and I need to get back into a regular yoga routine now that I know I’ll be hunched over my laptop in my crappy “home office” for the rest of 2021. If you’re feeling inspired to try your hand at something new, there are loads of in-person and online classes available at places like Brooklyn Brainery, but it could also be as simple as starting your defunct book club up again or signing up for a tennis lesson now that it’s not 100 degrees.

Be sure to leave yourself time to get out and about to enjoy the city this week, though, because there’s a lot going on, starting with the 59th New York Film Festival, which opens today with dozens of film screenings and talks on the slate. If you’re still feeling safer outdoors, Rooftop Films will be showing Rebel Hearts, a documentary about activist nuns in 1960s Los Angeles, for free on Saturday night in Green-Wood Cemetery. Also on Saturday, Cuarteto Guataca will be playing live Salsa music in the courtyard at Industry City, and Mark Morris Dance Group is staging two live afternoon performances in Brooklyn Bridge Park. While you’re in the neighborhood, you might as well swing by 1000 Years of Joys and Sorrows, the Ai Weiwei exhibition at Pier 2 that is part of this year’s Photoville Festival. Afterwards, if you’re up for it, Time’s Up is holding its monthly Moonlit Bike Ride in Prospect Park. Alternatively, kick back and relax with a pint or two at Greenpoint Beer & Ale Co.’s Oktoberfest celebration, or head on down to Coney Island Brewery for the return of its vinyl record fair midday on Sunday.

Viable beach days may be fast disappearing, but BAM has hauled 25 tons of sand indoors for the US premiere of Sun and Sea, a opera/visual art/theatrical installation that got rave reviews at the Venice Biennale and closes its run here on Sunday. The weekend performances are sold out, but it may be worth seeing if you can take advantage of the fluidity of other people’s plans lately and grab a standby ticket.  On Sunday, the Brooklyn Museum is hosting the Fifteenth Annual Children’s Book Fair during the day, and Union Hall has Al Franken doing standup at 5pm. In literary news, Phoebe Robinson is launching her new book, Please Don’t Sit on My Bed In Your Outside Clothes, with a virtual reading and talk with Glennon Doyle on Monday night. I’d also like to make time to pick up Ruth Ozeki’s latest novel, The Book of Form and Emptiness, which came out earlier this week.

The Whitney’s uber-hyped Jasper Johns Mind/Mirror retrospective opens on Wednesday, and in my opinion it’s worth booking your ticket now, even weeks out. And the movie prequel to The Sopranos, The Many Saints of Newark, is available on HBO Max starting Thursday, which means I have until then to cram in Seasons 5 and 6 of the show that ushered in the Golden Age of television. If I can’t manage to pull that off, I at least had the pleasure of listening to Marc Maron’s recent interview with David Chase, which I recommend to anyone who is as pumped for this event as I am.

However you decide to spend your time this week, here’s hoping that it’s an absolute banger. Happy Friday, all, and have fun out there!

The post What to do this week(end): Sept. 24 to Sept. 30 first appeared on Brooklyn Based.