(Above) “BERG’N” the newest eating, hanging, drinking spot to land in Brooklyn and most audaciously, in Crown Heights. Soon to be sharing Winter customers with the Brooklyn Flea and Smorgasburg

I like food. And much in the same way I like to have my good t-shirts dry-cleaned for reasons of practicality and pampering, I occasionally enjoy spending more than I should on small portions of obsessively prepared, delicious food.

And they’ve just dropped the word that they’re going to be in Crown Heights for the winter weekends starting on Nov 8th & 9th placing them at 1000 Dean Street the newest of recently renovated commercial spaces in the western end of the neighborhood. This will place them back to back with Berg’n which I have been to twice but yet to review because I want to get a fair sense of Berg’n before I proclaimed it the latest and tastiest Beer-eteria I’ve been to. Oh see? there that went.

Eric Demby, Smorgasburg & Brooklyn Flea co-founder says there’ll be between 100 and 110 vendors each weekend and that they’ll be set up with more permanent stalls. Of those, five to 10 will be cooked-food stands and more from the “packaged-food contingent.” In addition to food vendors from Smorgasburg there will be marketeers from the Brooklyn Flea in the space, making for an enclosed experience of food, shopping and meet up spaces. (“Whooohoo 360º!!” says the marketing staff.)

Snips aside it’s a brilliant move. Berg’n the venture co-funded by GoldmanSachs (is this the first time they’ve invested in Crown Heights?) has been packing them in, even in these pics I took on their second day open just before lunchtime. 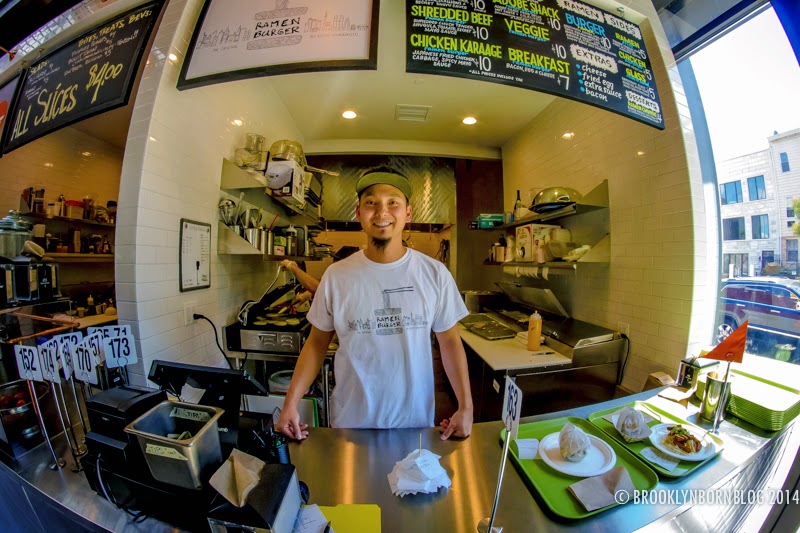 (Above: owner and Ramen Burger creator Keizo Shimamoto, he nimbly prepared one for me)

I’d figured it would be the convenient lunch destination for whatever businesses filled 100 Dean Street. Now this merge of offerings that attract and overlap like-minded customers boosts all the player’s profiles and profits, and will probably go a long way to keeping Berg’n profitable despite the weekday afternoons when people traffic is lower. 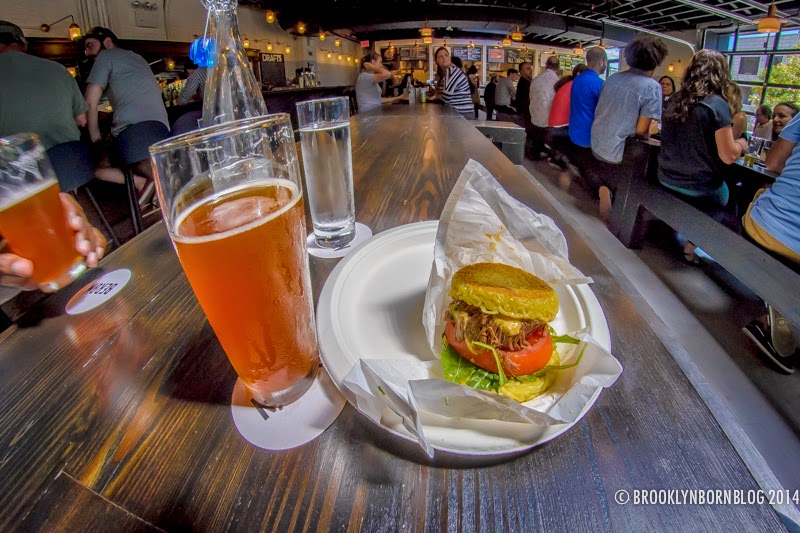 (Above: A Ramen Burgen, bun of ramen noodles in between a tasty hunk of shredded beef chuck, juicy steak tomato, arugula and special mayo sauce, seconds later it became part of me)

I haven’t written about 1000 Dean (the old Studebaker repair building long since under used) being made into a wide open ready to go commercial space mostly because I haven’t heard of a main tenant being announced. Bergen and Dean streets run straight from Brownsville(Ocean Hill now, yeesh) East New York’s end of Crown Heights and continue west straight to within blocks of Brooklyn Bridge Park. Bike lanes and buses on both streets. It’s exactly what I’ve been saying to potential property buyers for years now, follow the bike lanes, there on lies a plan. 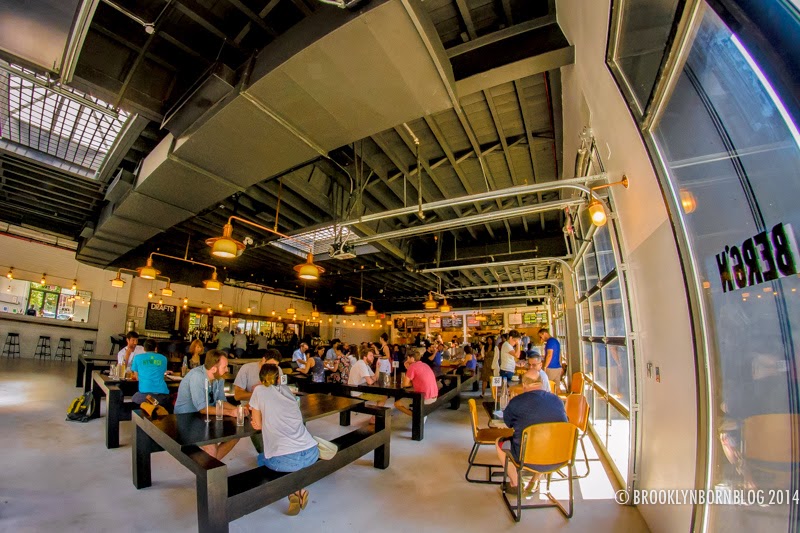 So all this new business in Crown Heights could be cool. Downside I can imagine now there’ll be more new people who haven’t gone through the crucible of moving to Crown Heights, meeting neighbors and becoming aware through hard and soft interactions not to be a entitled douche. So let’s so come November how much fun it is to be around here on the weekends. Between this and Starbucks having opened today on the other end of Franklin’s now crowded commercial corridor (mostly from Eastern Parkway to Dean St) we’ll really get a sense of how much of the conscientious character of the neighborhood stays intact as we develop forward. 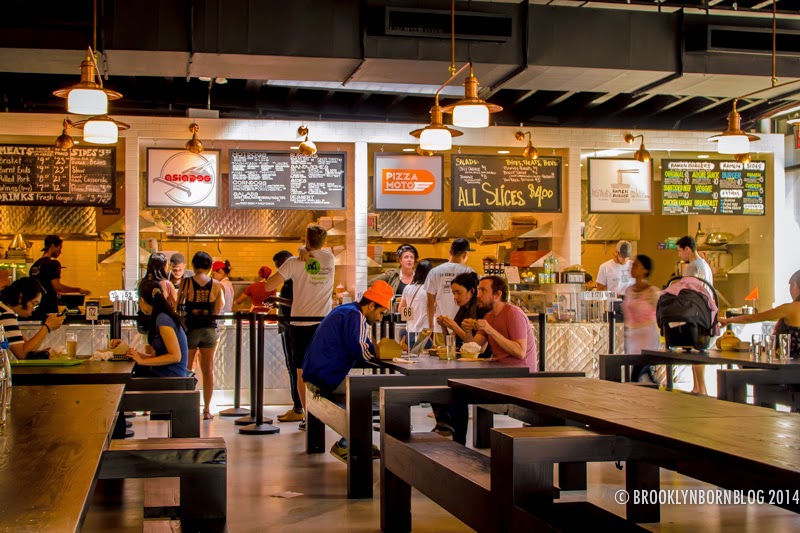 Look at those scant lines of people up there, it won’t be that way when the Smorgasburg train comes to Crown.

More details from the folks at Gothamist: http://gothamist.com/2014/09/25/smorgasburg_crown_heights.php