Harry Macklowe is embroiled in yet another legal battle. The lawsuit-loving developer is suing Eliot Rabin for $100,000 over his men’s clothing store Peter Eliot, which occupies the street level of 150 East 72nd Street, a rental building that Macklowe converted into condos. Macklowe says Rabin didn’t pay rent for four months, but Rabin says he didn’t pay because during construction, Macklowe cut off his heat and damaged his storeroom. NYP; previously 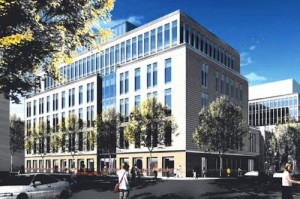 The New York Methodist Hospital’s big expansion was approved by the Board of Standards and Appeals last week, but that’s not stopping Preserve Park Slope, the neighborhood group that has been fighting the expansion for the past year. The 800-member group filed suit in Manhattan Supreme Court last week after the decision was announced, complaining that the new hospital would be too large and out of context in the mostly residential neighborhood, and that proper environmental reviews have not been conducted. Since those…