Prospect-Lefferts Gardens residents are calling for more designated grilling stations on the east side of Prospect Park. The park has 14 designated grilling stations, 10 of which are on the far west side, bordering Park Slope. And — what do you know — last month, Park Slopers started a petition to ban grilling in the park, for some absurd reason. The solution is clear: all these people should just switch apartments. NYDN; previously

Kingsbridge Armory is poised to become a $345 million ice complex, and one landlord in the area is already trying to cash in on the plan, even though construction is far from starting. Thirteen businesses across from the armory received letters on July 9 stating that their rents will skyrocket 75 to 100 percent. The Kingsbridge National Ice Center is not going to open until at least September 2018. NYDN; previously 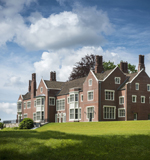 The onetime manor of late businesswoman Leona Helmsley just hit the market in Greenwich, Conn. The 40-acre property last sold in 2010 for $35M, which, at the time, was one of the most moneyed deals ever for Greenwich, despite being nowhere near the estate’s initial $125M ask (or, for that matter, the current record-holder, Copper Beech Farm, which sold for $120M). The new owners spent the last few years siphoning cash into a total renovation of the 1918 property

The value of Manhattan office buildings has reached pre-crash levels, thanks largely to global investors and an improved economy. Green Street Advisors Inc. found that Midtown values are at 99.4, just shy of the peak in summer 2007. However, if interest rates rise&#151;they are at historically low levels&#151;values could drop. WSJ

I guess that the building boom around the Highline will stop when it has created a cramped, shadowed, ugly place to walk with nothing to see except into other people’s windows. It’s getting there faster than I imagined.&#151;Rbrbr Juul-Hansen Condos Rise on Either Side of The High Line

Harry Macklowe is embroiled in yet another legal battle. The lawsuit-loving developer is suing Eliot Rabin for $100,000 over his men’s clothing store Peter Eliot, which occupies the street level of 150 East 72nd Street, a rental building that Macklowe converted into condos. Macklowe says Rabin didn’t pay rent for four months, but Rabin says he didn’t pay because during construction, Macklowe cut off his heat and damaged his storeroom. NYP; previously

Over the last seven years, developer Icon Realty Management purchased six low-rise buildings along Second Avenue between 80th and 81st streets. Now, restaurants in those buildings&#151;including Upper East Side institution Pig Heaven&#151;are being forced out of their spaces. That, plus the fact that Icon also bought a bunch of air rights, is a sure sign that a tower is set to rise on the site. Plus, from the guy who sold the air rights: “They’re going to build a high-rise—I’ve seen the renderings.” Everyone, get on demolition watch. DNAinfo

Harlem’s 125th Street has seen a huge development boom over the last several years, but a prime lot at the corner of Fifth Avenue and East 125th Street still sits vacant. Property Shark lists the address as 2015 Fifth Avenue and shows that’s it sold in a foreclosure auction in 2006. It’s unclear what could become of it, but one Harlem Bespoke commenter says “the land owner is bitter from a previous development that went sour a few years ago and is only willing to sell only at ‘downtown’ prices.” Harlem Bespoke; previously

It seems that no one wants to move to fancy-schmancy Bronx neighborhoods like Riverdale and Fieldston. We’ve seen more than a few multi-million dollar mansions in those areas hit the market, but many of these languish on the market for six months of more. The Manhattan market is booming, but the Riverdale area has seen 30 percent less sales from 2009 to 2013 than it saw in the five years prior. NYO

How is it determined if the city’s historic and landmarked buildings are in need of exterior repair? Turns out there are firms of engineers and architects who, with the assistance of ropes and harnesses, rappel from buildings’ windows to get up-close to the areas in question. “You can crane your head out a window, you can use binoculars, but it’s not the same thing as being inches away from something that may be a hairline crack or confirm there is not a crack 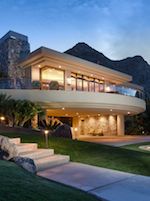 Real estate agents in Rancho Mirage, Calif., are convinced that President Barack Obama has purchased an 8,200-square-foot contemporary currently in contract for $4.25M. The White House has denied the rumor, but if it were true, it would make the First Family neighbors with White House decorator Michael Smith. Curbed National has more. Curbed National

A writer for the Guardian claims to have come into possession of the training manual given to new brokers at an unidentified New York City brokerage. It includes such pearls of wisdom as “WORRY ABOUT THE APARTMENT LATER … JUST GET THE CLIENTS INTO THE OFFICE,” and “Please do not date clients until after we rent them and collect the broker’s fee.” So, basically, exactly what you would expect. Guardian

The basement of a McKibbin Lofts building has been hit with a partial vacate order for its illegally converted apartments. A sign posted on the door begins, “The Department of Buildings has determined that conditions in this premises are imminently perilous to life.” And in the comments section of the Gothamist post, ex-residents share horror stories of their days spent in the infamous Bushwick shitshow. Gothamist; previously